Michael Bloomberg Announces Support for 51 for 51, Becomes 16th Presidential Candidate to Endorse D.C. Statehood with 51 Votes in the Senate

Michael Bloomberg Announces Support for 51 for 51, Becomes 16th Presidential Candidate to Endorse D.C. Statehood with 51 Votes in the Senate

Biden, Klobuchar and Sanders Yet to Endorse 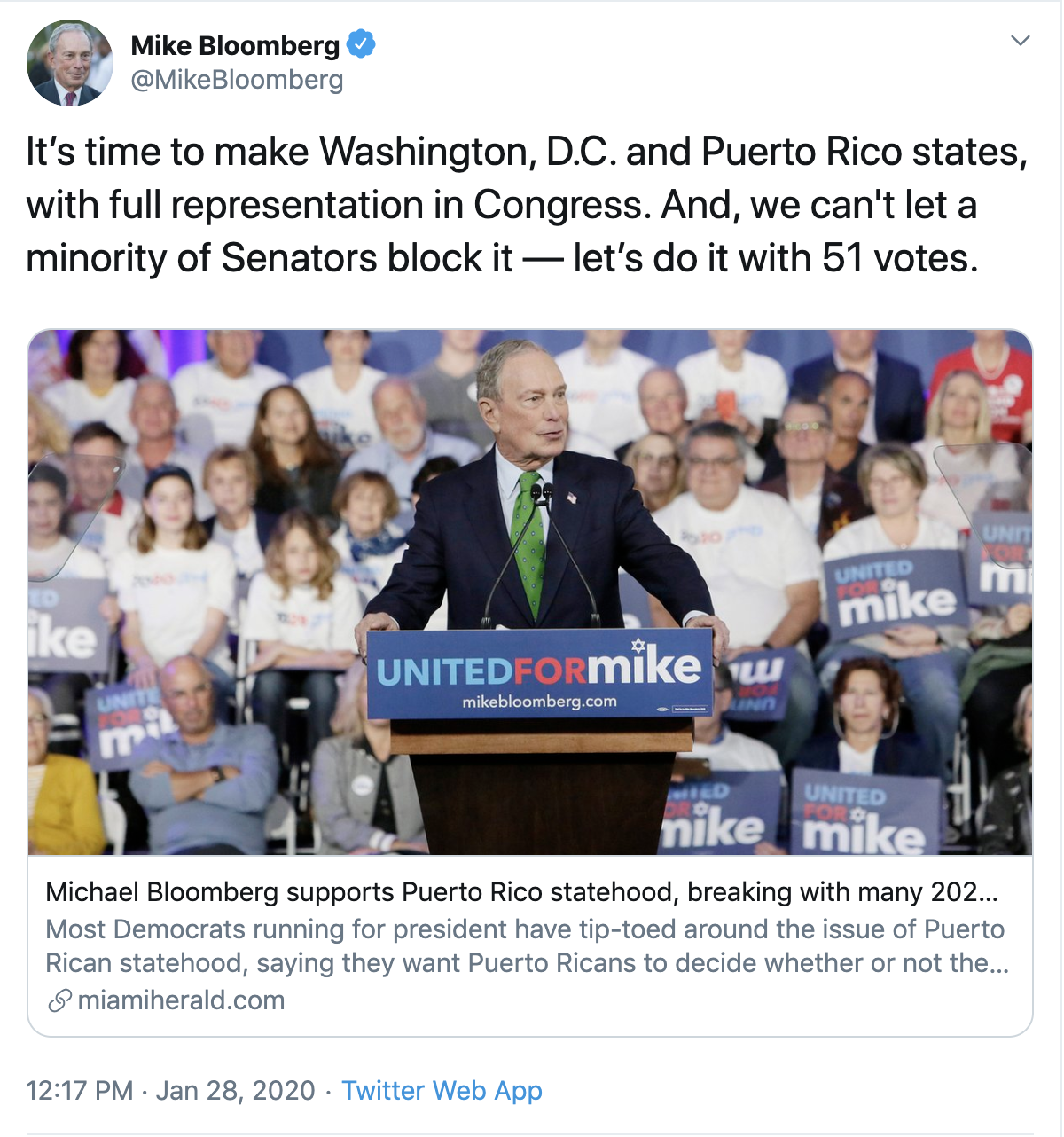 “Mayor Bloomberg understands that to get justice for the over 700,000 people in D.C. without representation in our democracy, it’s going to take bold action,” said Campaign Manager Stasha Rhodes. “Supporting D.C. statehood in a vacuum is simply not enough — we need reforms in the Senate to ensure the measure can actually pass. Residents of D.C. have waited over 200 years to have full access to democracy — if 51 votes is enough to put someone on the Supreme Court, it ought to be enough to ensure that 700,000 tax-paying Americans get actual, meaningful representation in our democracy. We are grateful for Mayor Bloomberg supporting our campaign along with 15 other former and current Democratic presidential primary candidates.”

With reforming and strengthening our democracy a key election issue, young D.C. natives have been traveling the country urging candidates to not only voice their support for D.C. statehood, but to back a Senate rule change that would make statehood a reality, as a part of the 51 for 51 campaign.

51 for 51 is a coalition comprised of D.C.-based and national groups committed to equal representation rights for D.C.’s over 700,000 residents. The coalition of 20 progressive groups says American citizens living in the District deserve a voice in Congress and control over their own local laws.